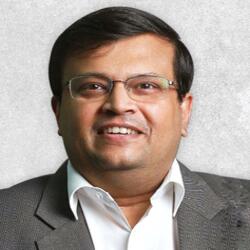 A Retail Banking and Consumer Finance veteran with nearly 25 years of experience with global leaders in financial services across various geographies, Kalidas was appointed as Head of the Consumer Finance Division in April 2011 and concurrently managed Retail Banking Division at VPBank from 2012 to May 2015. Under his leadership, both Divisions’ businesses have been going through historic significant transformation projects and scaling new heights in growing the balance sheet, acquiring new customers and building diversified distribution channels to build a significantly large and profitable customer franchise in the near future. The Consumer Finance Division was spun off from VPBank and became VPBank Finance Company with number 1 position in Vietnam’s consumer finance sector. Mr Kalidas was ultimately appointed as the CEO cum Vice Chairman of VPBank Finance Company in April 2015 after 5 months as Acting CEO.

Prior to joining VP Bank, Kalidas was the GM (Indochina) for Retail Banking and Wealth Management for ANZ Bank. Earlier to that, Kalidas was the first CEO of Prudential Vietnam Finance Company Ltd in 2007. Before coming to Vietnam, he was the President and CEO of CitiFinancial Corporation Philippines, a Citigroup entity and the leading consumer finance organization in that country. He started his career in the retail assets business of Citibank in India in the regional credit operations unit and was soon promoted to be Regional Sales Head for Mortgage and Personal Loans. In 2000, he was appointed as the Vice President and Chief Operating Officer of CitiFinancial Retail Services (India) Limited that later grew to be one of the largest consumer finance businesses in India and the region. Kalidas has an MBA from XLRI and a graduate degree in mechanical engineering from Jadavpur University, both leading institutes in India.