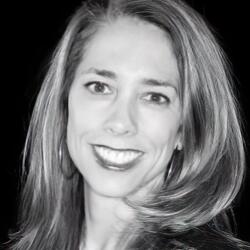 As an industry veteran with over two decades of experience, Julie Saxon has driven growth and revenue at some of the most innovative companies in the advertising ecosystem. Prior to joining IBM, Saxon led sales teams at Yahoo, Verizon, AOL, as well as at Myspace, and now sits as Chief Revenue Officer of The Weather Channel and IBM Watson Advertising.

Saxon takes tremendous pride in being a working mother and during her tenure at Verizon, she was honored as “Working Mother of the Year”, an award that recognizes leaders who establish the policies, programs and corporate cultures that support working moms.

After losing her husband to a 6-year battle with cancer in July of 2019, Saxon set on a course to not allow her family, or any family, to be defined by cancer. Her commitment to this promise culminated in leading a team of 26 runners with Team Determination, raising close to $200,000 for the American Cancer Society and in the continued fight against cancer.

Saxon has two daughters who have also made the pledge to not be defined by cancer and plays an active role in Kate’s Club, a bereavement support group for children and family, and Camp Kesem, an institution for children with parents who have, or are currently fighting, cancer.