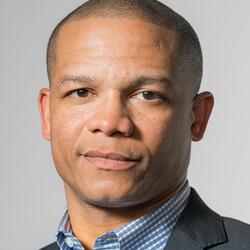 Jason White is the Chief Marketing Officer at Cura Partners Inc., overseeing the Select brand globally. Having built a career around developing and spearheading culture- shaping ideas, Jason came to Cura with the desire to write history by building the future of the emerging cannabis industry.

Prior to Cura, Jason held the position of Executive Vice President and Global Head of Marketing for Beats by Dr. Dre (Beats). Under Jason’s leadership, Beats dominated its category in US and China and extended its international influence throughout Asia. Prior to Beats, Jason was Managing Director at Wieden + Kennedy Shanghai, which he helped launch for lead client Nike as they prepared for the 2008 Beijing Olympics. In between stints in Shanghai, Jason was the Global Account Director on Nike at Wieden + Kennedy in Portland, Oregon, and worked on developing campaigns for LeBron James, Kobe Bryant and Tiger Woods.

Jason is a graduate of The McDonough School of Business at Georgetown University and began his career in New York City at Saatchi & Saatchi and BBDO. He is currently a board member of the diversity initiative Marcus Graham Project and the digital lab Chinatown Bureau.