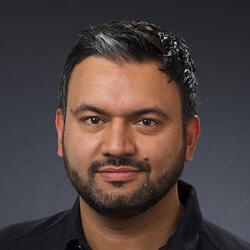 Dipanshu “D” Sharma founded xAd in 2009 to lead the industry in mobile location. Today xAd is known as the first global location marketplace, serving 1.5 million advertisers worldwide. As a fearless leader and founder, D is closely involved with every aspect of the organization’s daily operations, from product planning and market strategy, to technology execution and sales development – all while ensuring the team takes the time to enjoy some of his choice wine selections from all over the world.

Prior to xAd, D spent time developing technology at Nokia that involved early access to the internet via mobile devices and short range radio.  In early 2000, D founded V-Enable which was an early pre-cursor to SIRI voice search technology.  D is also responsible for co-founding several companies including RockeTalk — India’s fifth-largest mobile-traffic site — and Kadonk — the top Microsoft Project Viewer. D’s credentials also include TeleFusion’s “Technology Leader of the Year” (2003), SiliconIndia’s “Top 10 CEO’s for Mobile (2013), and a finalist for Ernst & Young’s “Entrepreneur of the Year” (2014). D currently sits on the board of directors for Kadonk, WikiSeer, TwinPrime and the Mobile Marketing Association as a global board member.