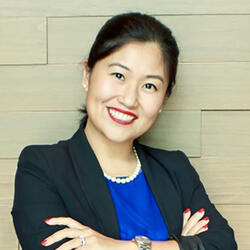 Brenda currently leads the P&G WPP ASEAN Haircare business out of Singapore, where she has built a borderless agency solution for P&G Haircare consisting of media, creative, and production capabilities, with remote teams sitting all over the world, from Singapore to Mexico.

Brenda is passionate about women in leadership roles, diversity, equality and inclusivity. She has conducted several leadership workshops to young talents in the region. As a new mother she has also written articles about raising daughters, unconscious bias and gender equality.

Outside the world of advertising, she is a trained comedian having attended the Second City Improve Program in Toronto. She believes humour is about seeing the obvious in a new light- something which connects us as human beings.

Brenda was named in the Top 40 Women to Watch by Campaign Asia.