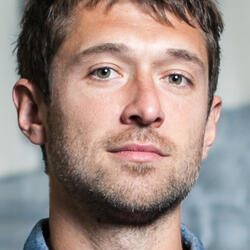 Ben Lerer is the founding CEO of newly-formed Group Nine Media - a digital media holding company consisting of NowThis, The Dodo, Seeker and Thrillist (which he founded). Lerer was among Ernst & Young’s Entrepreneur of the Year Award Winners, and has been featured in Vanity Fair’s Next Establishment, Crain’s “40 under 40” and Forbes list of “Most Powerful CEOs Under 40”.