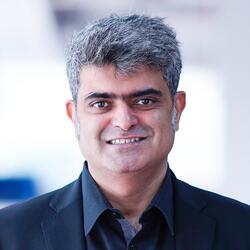 Anwesh has two decades of learning & practice in the advertising and marketing industry. Bose moved to Indonesia in 2014 after being based in India for 16 years.
He is currently the CEO of Havas Group Indonesia (part of Vivendi Group), responsible for managing all the group brands in Indonesia. Anwesh was previously the Group CEO of Havas Media Group Indonesia.

Prior to moving to Indonesia, Anwesh was the Senior Vice President & Business Head at DDB India, where he was responsible for their media and digital business. He has also previously worked as a Chief Growth Officer for Dentsu Media in India. In the course of his career, Anwesh has managed leading brands such as Canon, Honda, Yamaha, Panasonic and FedEx.

Anwesh has been acknowledged as a Future Leader by Impact Magazine and as a NextGen Media Magnate by exchange4media.com. He is actively involved in industry events and has judged multiple award shows including Festival of Media and Ad Stars.

He confesses to being a “wannabe Millennial” & surrounds himself in the company of Millennials to stay relevant. On top of working hard to deliver on the promises made to his bosses and clients, Bose counts reading, singing and cricket as his favourite past times.