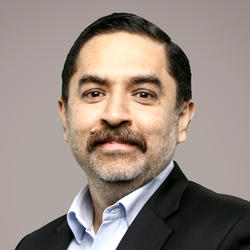 Uday Sodhi has been heading the digital and new media business at SPN for the SonyLIV platform since 2014. SonyLIV is SPN’s premium Video on demand (VOD) service providing multi-screen engagement to users on all devices. Launched in January 2013, it enables users to discover 22 years of rich content from the network channels of Sony Pictures Networks India.

With best sporting action line-up, this year from cricketing extravaganza of India series, biggest football tournament like UEFA Champions league, UEFA Europa League, FIFA U-17, 2018 FIFA World Cup Russia and the ongoing India tour of England along with other adrenaline sports like WWE, Moto GP, SonyLIV is all set to continue to enthrall its audience.

At SPN, Uday is responsible for driving SPN’s OTT platform’s growth trajectory and revenue streams of the new media initiatives by broadening the networks’ horizons to digital and mobile businesses. He has over 27 years of experience across varied broadcast and digital business verticals.