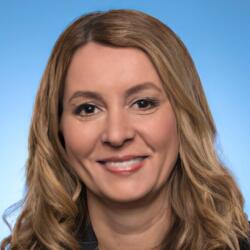 Sheri Bachstein oversees the IBM Watson Advertising and Weather business, which includes her role as CEO of The Weather Company and general manager of IBM Watson Advertising. Watson Advertising is a suite of media, data, and AI technology solutions that help advertisers across the marketing lifecycle. The Weather Company, an IBM Business, offers the most accurate, actionable weather data and insights to millions of consumers, clients and marketers via digital products from The Weather Channel (weather.com) and Weather Underground (wunderground.com). Her role also includes overseeing innovative AI-driven products and services for media clients.

Sheri has played a role on many different aspects of The Weather Company digital properties since joining in 2007. Previously she was global head of the consumer business, which included all aspects of The Weather Channel and Weather Underground consumer properties, including product management and design, content development and global expansion across the organization on Weather’s owned and operated properties.

Prior to that, she led global audience growth and has also led international consumer product for weather.com and The Weather Channel apps. While leading web efforts, she moved weather.com to a fully responsive site, improved SEO efforts, optimized referral traffic, and oversaw engagement and lifestyle sponsorship efforts. As vice president of product operations, Sheri’s overseen monetization, operations and the agile team. She’s also worked as a leader for audience products, as well as in product management for weather.com and global products.

But this isn’t her first stint at The Weather Channel. She worked previously for the television network as a producer and as part of the “storm tracking” team that went into the field to cover storms (1997-2000). Before returning to Weather, Sheri served as vice president of product and content at RMS Networks in Fort Lauderdale, FL. In her career she has also worked as a producer for WGNX-TV, Atlanta’s CBS affiliate.

Sheri has won multiple media awards, including an Emmy Award for breaking news coverage of the Atlanta Centennial Park bombing and an Associated Press Award for sports reporting.