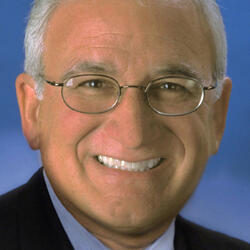 Costello has worked on some of the most successful business/marketing campaigns including “America Runs On Dunkin”, “Fighting Cavities Is The Whole Idea Behind Crest”, “Come See The Softer Side of Sears” and ”You Can Do It. We Can Help.” at The Home Depot.

Costello was named one of the 30 Most Influential People in Marketing by Advertising Age, one of the Top 10 Merchants by DSN Retailing Today and was elected to the Retail Advertising Hall of Fame. He is a past director of The Quaker Oats Company, The Bombay Company and Sears Canada, Inc. He is a current director of Ace Hardware and the Yellowstone Park Foundation and served as a trustee of the American Film Institute. Costello is also past chairman of both The Ad Council and the Association of National Advertisers.