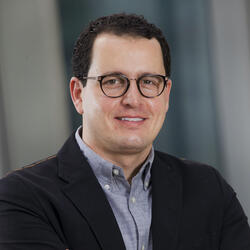 Eduardo joined Unilever in 2003 as an intern in Trade Marketing and later on moved into Marketing where he had several positions.

In 2006 he took the challenge to join Natura, a door to door Brazilian company, initially leading the new business division and later the face care category.

After two and a half years, in 2008, Eduardo joined back Unilever to lead the Local Jewels Spread Business for Latam, driving profitability and brand equity back to our brands in Latam.

In 2010 he joined the BB team in Brazil to lead Sunsilk relaunch and also the successful launch of Tresemme in Brazil. After the positive results in Hair Category, in 2012, he took the role of BD Director for Ice Cream in Latam, driving back profitability and excitement to the IH category, leading the project known as Project Darwin.

In 2014 he took the Senior Brand Building Director role back into the Brazilian MCO to lead Skin Cleansing, Skin Care, Baby Dove and Oral Care.

He was promoted to Personal Care Marketing Vice President for Mexico and the Caribbean in 2016 moving from Brazil to Mexico.​