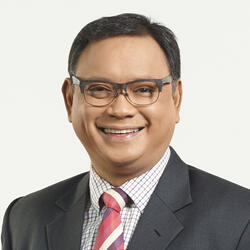 Prior to serving as CEO of OLX.co.id, Daniel served as the Vice President of E-Commerce Garuda Indonesia, and previously as a Country Manager of Multiply Indonesia, Daniel is also involved in the creation of MTV - Asia in Indonesia , and Soundbuzz.Com Contestonly.com where he introduced Ringtones, Full Track Downloads and Digital Rights Management for industry and market. Daniel served as Director of Marketing and Sales at Universal Music Indonesia, where he introduced the concept of Ring Back Tones. He was also involved in the introduction of the no-frills concept when he launches Fly Air Asia in Indonesia . Daniel also previously led the Digital Media team in PT. Djarum and 7Langit successfully launched and positioned as a leading mobile application developer in Indonesia . Daniel has received several awards in Music , Creative and Digital space including Business Week , AWSJ , Indonesian Business, Economic News, Bintang Indonesia. His background also includes a Concert Promoting, Marketing Communications and Digital Media Consulting. He was one of the initiators of Indonesian E-Commerce Association ( IDEA), where he now serves as Chairman.