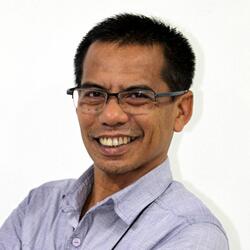 Super Ball is one of leading daily sport newspaper, published in 20 cities

This is the first step, jumping from reporter to top level management, serve as Managing Editor for Tribun Timur before appointed as Editor in Chief. Now, Tribun Timur is market leader in Makassar.