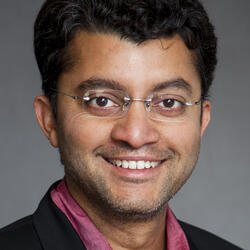 Anindya Ghose is the Heinz Riehl Chair Professor at NYU Stern School of Business. He is the author of the best selling book, TAP: Unlocking the Mobile Economy which has been translated into 5 languages. In 2014, Poet & Quants named him a “Top 40 Under 40 Professor” worldwide, while in 2017 Thinkers50 identified him among the "Top 30 Management Thinkers" most likely to shape the future of how organizations are managed and led. His opinion pieces and research have been featured on the CNBC, The Economist, New York Times, WIRED, Time, Financial Times, Quartz, Recode, and Wall Street Journal. He has consulted in various capacities for Apple, Berkeley Corporation, CBS, DFS Group, Facebook, NBC, Samsung, Snapchat, 1-800-Contacts, and collaborated with firms such as Adobe, Alibaba, China Mobile, Google, IBM, Microsoft, Travelocity on realizing business value from Internet and mobile investments. He teaches executives, CIOs, and CMOs around the world on how to monetize the digital economy using AI and Blockchain. He serves as an expert witness for IT and consumer related litigation cases and is affiliated with Cornerstone Research and Analysis Group. ​