NEW YORK. August 28th, 2018. – S4M, a leading mobile programmatic platform, announced today its participation in Dmexco, a tradeshow bringing together key players in digital business, marketing and innovation. The event will be taking place September 12-13, 2018, in Cologne, Germany. During the event, S4M will be showcasing the latest version of FUSIO by S4M, its drive-to-store technology.

Marketers will have complete access to a handful of exciting new features that bridge online campaign investments with real-world results, such as incremental visits to stores. Visitors will have the chance to learn how the FUSIO by S4M platform is tackling geolocation, measuring effectiveness and the fragmentation of the advertising campaign process.

Attending the most important European technology event of the year, Dmexco, is a must for S4M. With the new version of FUSIO by S4M, we are responding to a real need on the part of media agencies and advertisers: having a single interface allowing them to manage online and off-line drive-to-store campaigns in complete autonomy,” explains Christophe Collet, Founder of S4M.

Currently, a geolocation campaign is based on a radius placed around a point of sale. These geotargeting zones may include places such as schools, hospitals or uninhabited areas lacking any potential clients for the advertiser. S4M has developed an exclusive feature, Dynamic Catchment Areas, to define a point-of-sale geotargeting zone according to the time required to reach the location on foot or by car and geographic areas of mobile users who have a high affinity with a brand.

The quality of the geotargeted campaign depends on the GPS coordinates of devices. In programmatic, these coordinates are sent by the publisher within the bid request. It is therefore essential to verify and validate the accuracy of the data, all in a few milliseconds. To identify and exclude fraudulent GPS coordinates, S4M has developed GeoAccuracy®. This feature allows the user to filter out suspicious X-Y coordinates, including those of IP addresses or uninhabited areas.

Although assessing the effectiveness of a drive-to-store campaign based on its in-store traffic is not enough, it continues to be a common industry practice. Often these total visits can include organic visitors of a brand, who go to the point of sale without having seen the brand’s advertisement. To guarantee additional visits are in response to an advertiser’s campaign, S4M offers the only advertising platform in the world able to measure and optimize in real-time the incremental visits to stores, generated by the users exposed to a message. This data feeds an artificial intelligence algorithm to optimize media investments. The optimization is based on the parameters that generate the most incremental visits, such as creative formats, specific targeting areas or publishers.

Lastly, today most of the advertising technology remains highly fragmented. Due to its complexity, the process can be difficult, slow and lacking transparency for trading desks and advertisers. FUSIO by S4M is the first SaaS drive-to-store full-stack technology to resolve these issues. FUSIO by S4M offers users not only the option to independently manage advertising campaigns but also the capability to do so with ease, speed and transparency.

“Technologies that can attribute and optimize digital campaigns based on real world measures, such as store visits, mark a major shift for the advertising industry. Brands and advertisers can be more confident that their digital investments align with their ultimate business objective – generating more sales,” says Tom Cijffers, Chief Client Officer USA, MediaCom.

S4M – Shopper Marketing Made Easy – is the first and only advertising technology that connects brands to consumers by bridging the gap between digital advertising and the real-world. S4M created a unified technology for marketers to manage, measure, and optimize incremental visits in real-time to online and physical stores. S4M is committed to transparency and full autonomy for its clients from online impressions until conversions in the real-world or an e-shop. 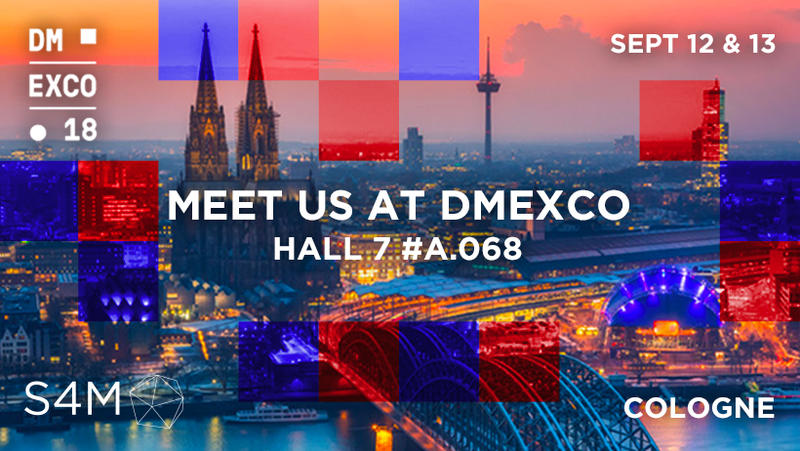