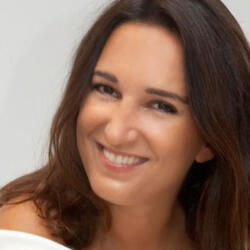 Kerstin Trikalitis, CEO and Co-Founder of Out There Media: Kerstin co-founded Out There Media, one of the global leaders in mobile advertising, in 2007 and has served as CEO since then. Prior to her role as CEO of Out There Media, she was the Managing Director of WIN SA, a subsidiary of LSE-listed mobile services provider WIN plc. Her previous position was Managing Director of Imako Interactive, which she successfully transformed from a loss-making web development firm into a profitable supplier of mobile services that was acquired by WIN plc in 2005. Kerstin started her career in Marketing at Unilever, a position which formed the foundation of her solid knowledge in the fields of Marketing and Communications. She holds a Master’s Degree in Business Administration from the Vienna University of Economics & Business Administration, and an MBA from ESADE in Barcelona. She was enrolled at Harvard Business School with the OPM program (Owners and Presidents Management) and graduated in April 2014. She is a regular Keynote Speaker at international conferences and was appointed the Chairperson of the Board of the Mobile Marketing Association (MMA) for the EMEA region in 2012. Kerstin was selected as “Endeavor High Impact Entrepreneur” in 2013 and among the Top 50 Female Executive in Mobile by Mobile Entertainment Forum in 2010. She is half Danish and half Greek and speaks six languages.