AT&T Integrated its messaging with E!'s red-carpet coverage of The Emmys, Oscars, GRAMMYs, and Golden Globes.

AT&T wanted to build on its previous success with live event integrations, using high-visibility pop culture events with leaned-in, engaged audiences to increase awareness of AT&T's best network, focusing on the brand's "Just OK is Not OK" and "It's Not Complicated" messages.

AT&T had successfully reached a general population audience surrounding a large live cultural event with its "Just OK is Not OK" integration with the 2019 NCAA March Madness tournament.

Though female-skewing, pop culture events were selected as the focus of the new campaign because they offered a platform for mass and diverse awareness, like sports. More than any precise demographic categorization, AT&T's integration sought to reach as many people engaged in these events as possible.

AT&T's research indicated that engaged audiences who follow pop culture tentpole events — The Emmys, Oscars, GRAMMYs, and Golden Globes — do so on multiple devices: one to witness the actual proceedings and another to track the social reaction to those proceedings.

These multi-screen pop culture junkies were the ones whom AT&T sought to target with its event integrations via messaging integrations across the four aforementioned tentpole events.

The red-carpet arrival for each of these award shows stood out as an opportune time to integrate event-specific humor involving AT&T's two key messages.

To make a favorable impression with red-carpet audiences, AT&T integrated its "Just OK is Not OK" and "It's Not Complicated" messages into custom content for four of the largest pop culture events: Golden Globes, Oscars, GRAMMYs and the Emmys.

The brand also wanted to establish a meaningful connection for each event by collaborating with a partner that would help give its message more authenticity across multiple screens. E! possessed a decades-long reputation as the established outlet for premiere red-carpet coverage. More importantly, that media outlet has tailored its talent roster and programming strategy to a multi-platform approach during awards season, implementing social media live streams for additional coverage ahead of, during, and after events, further connecting with fans for unique awards experiences on social media.

E! boasts an extensive, multi-camera coverage formula for red carpets, helmed by engaging, charismatic hosts; however, the outlet also recognizes the importance of diversifying content and adhering to social media best practices on the platforms that feature real-time conversation and reaction during awards shows: Twitter, Snapchat, and Instagram.

AT&T wove those threads into the tapestry of the campaign's creative deployment. This approach opened additional avenues for AT&T's branded messaging and allowed the brand to stay top of mind with interested fans as they tracked the multitude of narratives and buzzworthy moments connected to each event.

With this blended approach of traditional, linear, digital, and social media on both owned and shared channels, AT&T ensured each piece of branded content felt specific to its platform. In doing so, the brand tapped into fans' craving for additional social experiences during these events in a manner that didn't feel like an intrusion.

With content being dictated by the dynamic of both the event itself and the various communication platforms, AT&T spoke more directly and memorably with the audience, boosting their opinion of the brand and building awareness of 5G offerings.

Humor that registers as an inside joke about a shared experience can greatly influence brand health metrics if integrated successfully. Now more than ever, that integration must occur across multiple screens and platforms, as that's how audiences are participating with live event coverage.

Therefore, any partner must have both the cultural cachet to deliver authentic jokes and an understanding of how to translate humor into different platform experiences that don't feel derivative or redundant.

Both "Just OK is Not OK' and "It's Not Complicated" were presented across platforms in line with what audiences responded to best. E! wove them into more polished sketches from the talent during pre-show programming, awards-specific traditional spots during broadcast, live on-air segments from hosts, promoted ads, Instagram Story takeovers, and sponsored live streams.

By using each social platform as a unique tool within the larger multi-platform integration, comedic beats skewered and spoke directly to both broadly recognizable awards show tropes (like uncomfortable elaborate outfits) and action unfolding in the moment, like unexpected celebrity run-ins, depending on the platform.

By weaving such specific versions of AT&T's larger branded messaging on such a detailed level, talent wove their comedic moments in a way that felt natural to E!'s organic coverage of the event. For example, two E! anchors debated over how to take a "more than OK" red carpet selfie via Instagram Stories, working in conjunction with a scripted sendup of awkward award speeches that ran in a traditional linear ad placement. This approach ensured mobile content was platform-specific and not derivative, making the messaging feel more welcome on each mobile platform.

Given the progressive nature of AT&T and E!'s partnership throughout awards season, the campaign was also optimized between each event, placing greater emphasis on social programming after viewership spiked, particularly on Twitter. By further embracing Twitter as a real-time exchange of storylines, AT&T prioritized live streams as a major driver of viewership later in the campaign's run, yielding encouraging results. 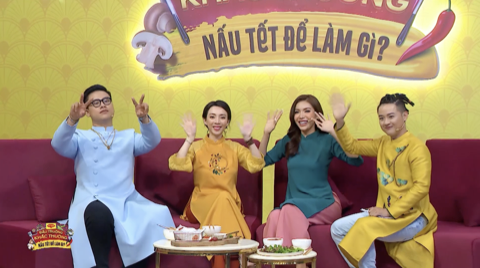 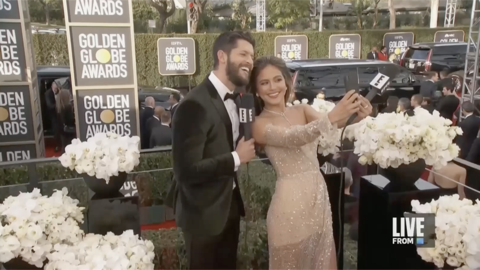 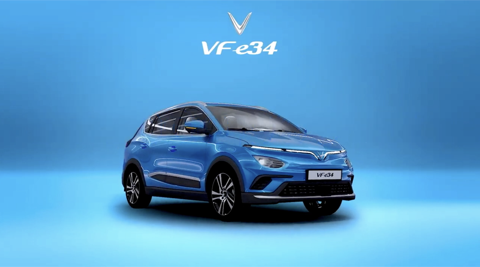 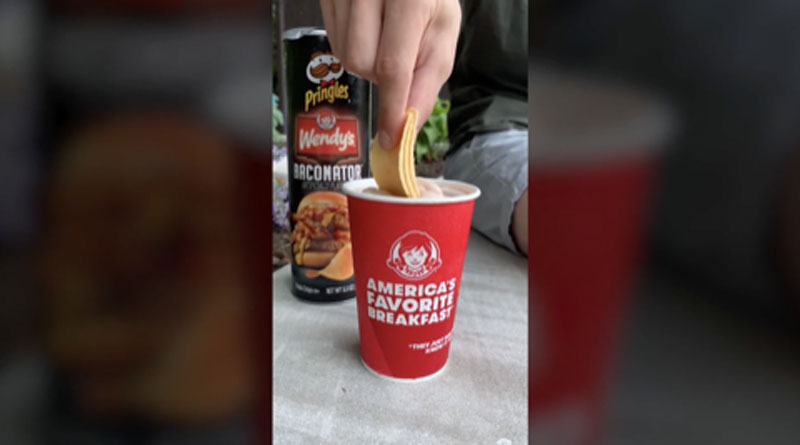