Needing to raise awareness about a partnership its brand had with the NBA and Target, Mondelēz International developed a mobile basketball video game that was served to basketball fans and that used subtle logo placements to align Mondelēz brands with their partners.

With this campaign, Mondelēz International wanted to drive awareness of its partnership with Target and the NBA, specifically across mobile channels. To do so, Mondelēz built a mobile solution that married a rich media game with precision-based location targeting.

The audience for this campaign was anyone who enjoyed sports and basketball, male or female, of any age.

To execute on its objectives, Mondelēz designed a mobile game that allowed users to try their hand at shooting a basketball. The game was promoted primarily through banner ads, which offered a preview of the game via animations of the gameplay experience. By demonstrating up front how the game would look and play, Mondelēz eliminated barriers to engagement. The last frame of the banner creative had a bounce animation that looped, drawing the user's attention to the banner and prompting him or her to tap. Having unexpected banner animations on a loop helped to combat banner blindness.

Once in the game, users were quickly shown a demonstration of how the game worked and offered the chance to take some practice shots. If the user did nothing, the game started automatically. The basketball used a sophisticated lightweight code that simulated realistic physics. The in-game animation also used motion easing, which is a design concept that provides a pleasant and graceful movement to all the objects in the game as they move. The gameplay was timed to be short to increase the likelihood of completion rates.

Finally, a cycling of logos on the basketballs was used to drive the awareness of Mondelēz brands. NBA and Target logos adorned the in-game court, assuring each brand was well-represented.

Mondelēz's agency partners, VMLY&R Commerce and Verve, had carried out a similar activation with the Coors Light brand. Using this previous effort as a testing ground, Mondelēz and its partners were able to streamline the gameplay and increase engagement. Text instructions were removed as a result of this earlier test and a shorter timeline was used to help guide users to the end of the experience and improve completion rates. The game's auto play feature was also the result of learnings from this previous effort.

The campaign budget was $30,000, serving a little under five million impressions across target audiences. This campaign ran exclusively across mobile app and web.

The brand used a two-pronged approach of building out the gaming creative and serving ads for the game across first-party segments, which allowed Mondelēz to reach its specific audiences across brand-safe, premium publisher environments. Specific targeted audiences were matched via first-party audience segments, derived from consumers opting in to share their location data directly at the app level. This allowed Verve Group to build customized geo and demographic audiences, tailored specifically to the KPIs of the campaign.

The key metric for this campaign was CTR, as well as secondary engagements. An exceptional CTR of 0.25 percent was achieved across the campaign. The game itself delivered outstanding secondary performance metrics, driving a 4.7 percent engagement rate among users who completed the gaming experience. 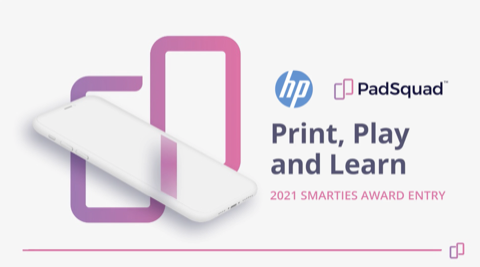 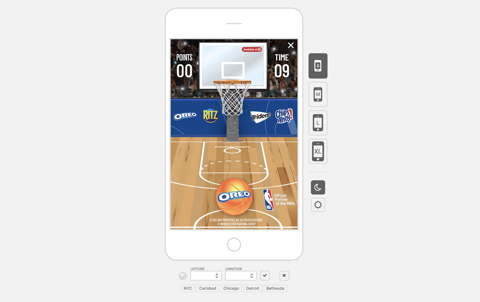 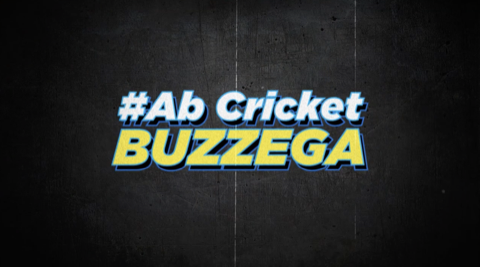