The World Travel and Tourism Council (WTTC) launched a marketing campaign, #TogetherInTravel, as a rallying call to unite and support the travel community at a time when it was being devastatingly impacted.

The World Travel and Tourism Council (WTTC) launched a marketing campaign, #TogetherInTravel, as a rallying call to unite and support the travel community at a time when it was being devastatingly impacted.

The concept was simple: to create a travel industry-wide moment of solidarity on social media, allowing those employed in travel to express their gratitude and for the public to respond with their unwavering support for the sector.

Travel supports one in 10 jobs worldwide and as a result of the challenges brought about by COVID-19, more than 50 million jobs were at risk. WTTC's aim was to bolster advocacy for travel and empower a worldwide increase in heartfelt, third-party, travel-related content generated across the globe. The ultimate goal was to inspire future travel planning for when travel restrictions eased and to send a message to global decision-makers about the importance of supporting this indispensable industry.

The challenge posed was how to bring an industry employing millions of people together at a particular time to engage with their social-media channels. WTTC wanted to draw attention to the plight of travel and tourism while encouraging the public to continue sharing positive travel-related content at a time when people could not travel due to lockdowns in effect.

The #TogetherInTravel campaign was born from an urgent reactive need to highlight the positive nature of the travel industry at a time when there was a great deal of negativity in the public eye surrounding holiday cancellations and companies closing. The narrative of the video was built to be sensitive to the current restrictions in place and promote the need to stay indoors and adhere to government guidelines.

The target audience was not defined to a specific demographic. Rather, the campaign intended to reach the widest possible audience around the world. The plan was to initially engage with WTTC members, including more than 200 CEOs, chairpersons and presidents of the world's leading travel and tourism companies, as well as thought leaders within the travel space and social media influencers. In turn, these influencers would share the campaign across consumer-facing social-media channels, appearing on their own followers' social media feeds which included consumers who love to travel.

For years travelers have regaled one another with stories of their adventures and shared their experiences far and wide. Social media has become a treasure trove of real-time travel inspiration, a never-ending source of wanderlust. What happens when travel stops? In this time of social distancing, #TogetherInTravel set out to create a galvanizing moment: a rallying call to action, encouraging the world to reflect on their most special, inspiring travel memories and to give them the justification and the invitation to share these memories in any form, on social-media profiles. The goal was to keep the stream of travel content ongoing throughout the pandemic, keeping alive wanderlust and the desire to travel for when it is possible to do so again.

A piece of emotionally charged and shareable content was created in lockdown conditions that could be posted simultaneously by WTTC's participating travel brands and ambassadors from all corners of the world to reach the widest possible audience. Versions of the content were optimized both to mobile devices and the various social platforms to maximize organic reach and engagement. The campaign went live on Monday, April 20, with everyone involved posting at the same moment and encouraging travelers to share the hashtag #TogetherInTravel, with the video and their travel stories. This united everyone in solidarity, creating a global moment across social media in support of travel.

A mobile optimized microsite for the campaign was created to house the content and serve as a digital focal point. Outside of the platform-optimized versions of the video, subtitled versions were created in Spanish, French, and Japanese to ensure even more international sharing.

The marketing campaign comprised three key elements: a highly visual and emotive video that conveyed the key messages of travel; a hashtag that aligned with the overall theme of solidarity, #TogetherInTravel, to stimulate the conversation across social platforms; and a microsite, TogetherInTravel.com, to host the video content and serve as a URL to share.

WTTC recognized that each WTTC member would have different tones of voice and brand guidelines, so example social media copy was provided that could be tweaked. The consistency across all members lay with the campaign hashtag and call to action, asking brands to stay mindful of the unbranded, community-driven campaign. As natively posted video content can perform as much as 10 times better than linked content, the video was provided as a file for members to upload directly.

There was no budget for the campaign and all agency time, production, and running costs was donated by those involved to support WTTC, a non-profit organization. As such, there was no budget allocated to mobile, per se.

The whole strategy and success of this campaign were linked to mobile technology and its ability to not only capture content but distribute information through social platforms.

First and foremost, the strategy resulted in a call-to-action for consumers to share their stories and prized memories related to travel, calling out rich media formats such as image and video. The adoption of mobile has seen an astronomical increase in the general population's ability to capture content which has only been helped further by the introduction of ephemeral content as part of the mainstream media ecology. Mobile gives brands the ability to capture content when travelling; without the user-generated content (UGC) from people using their mobile devices' cameras, the overall goal of the campaign (to see social media feeds filled with images and videos of travel content) would not have been possible.

In addition, there was no paid media and the campaign relied on organic sharing to ensure reach and maintain momentum as the campaign appeared in social feeds around the world. Without mobile-optimized and mobile-led social platforms such as Twitter and Instagram and their ability to share posts and rich media with ease, the campaign would not have had the same impact.

Finally, versions of the campaign video content and the microsite were optimized to mobile devices, ensuring all screen real estate was used to maximize the campaign's efficiency. The goal was to give the most seamless possible user experience for those accessing and enjoying the campaign via their mobile phones, encouraging as much engagement as possible.

WTTC represents the global travel and tourism private sector and as a result of the pandemic the industry has suffered greatly. Throughout March and April, consumers lost trust in travel companies following holiday cancellations and delays in refunds, coupled with international travel bans which left a huge financial burden on the sector and consumer disappointment.

This downturn in events prompted WTTC to create a reactive campaign which united the industry and boosted morale, while showcasing the importance of travel and shining a positive light on the experiences travel provides.

From the outset, no numerical KPI was set. The goal was to create a buzz across the industry which united the sector, while encouraging consumers to dream about their next holiday and share content that would spark a "wanderlust chain reaction."

Since #TogetherInTravel went viral on April 20, people from more than 160 countries have visited the microsite, TogetherinTravel.com. The campaign received more than 51 million organic impressions within the first few weeks of launch and continues to grow, inspiring more than 15,000 public Instagram in-feed posts to date, with people continuing to share their most treasured travel memories.

The campaign brought the industry together in a show of solidarity. More than 125 private sector companies have supported the campaign and continue to do so, from Ctrip, Brand USA, NYC & Co, LATA, and Expedia Group to Destinations International, Visit Mexico, Virgin Atlantic, Ethiopian Airlines, and more.

More than 100 earned media placements across 30 countries and regions were achieved, with a combined reach (OTS) of more than 500 million. Highlights included CNN International (TV), China Tourism News, and The Express Online (UK).

In addition, influencers with a combined reach of more than 12 million pledged their support for #TogetherInTravel and shared their stories as per the campaign's CTA. The campaign received a fantastic response from the travel industry and consumers alike, as evidenced by the statistical data. The hashtag is still being used on a daily basis, providing a unifying tag for the travel trade.

The campaign achieved its key consumer facing objective. At a time when no new travel content could be created, the campaign was still able to keep social media feeds full of inspiring travel-related content.

In a time of need, this campaign helped shift the narrative surrounding travel to something more positive, all while supporting the people who work in the travel sector. The WTTC's hope is that it will have contributed to recovery by keeping travel top of mind for consumers. 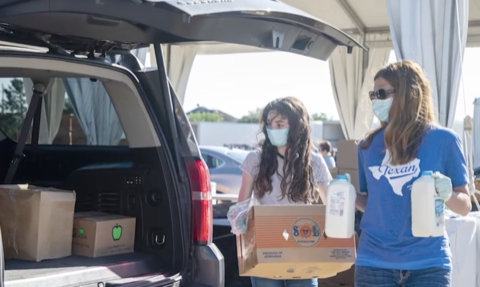 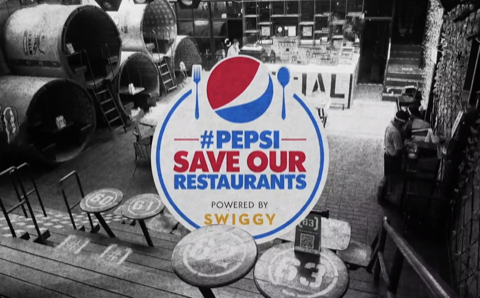 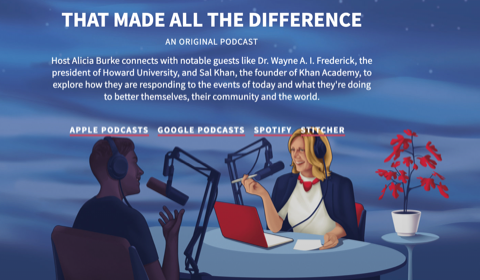