The launch of the XC60 was a transformative moment for Volvo, which it aligned with the 2017 total solar eclipse. “Racing the Sun” presented live virtual reality video broadcasts that viewers around the world could watch on their mobile phones as the eclipse traversed the continent in real time.

The redesign of Volvo’s XC60 was the first complete reimagining of one of Volvo’s beloved and bestselling cars. It wanted the vehicle to establish its own distinct engaging presence, while also carrying traces of an important legacy.

Volvo needed to build awareness around the redesigned XC60 as a transformation for the brand at large. To assure that the XC60’s reputation was not superseded by the XC90, rendering it overlooked or inessential, Volvo’s impact had to be global and emphasize the U.S. market. To captivate audiences around the world, the campaign required a distinguishing element and a cultural touchstone.

Volvo’s current consumer base is made up of males and females over the age of 50, with a median income of $80,000 and a 37 percent college graduation rate. These consumers value Volvo as trustworthy, safe, and reliable. However, with an aging core Volvo needed to appeal to an audience with elevated expectations in the luxury SUV segment in terms of innovation and technological advances.

It also wanted to reach culturally-aware, media-savvy consumers that valued life experiences accessible through their SUVs. The redesigned XC60 came at a higher price point, and Vovlo had to expand its reach to a more affluent luxury consumer with a median income of $132,000. It aimed to expand its audience on a global scale through an unexpected, culturally-relevant activation.

“Racing the Sun” aligned the introduction of the XC60 with the once-in-a-generation total solar eclipse. In the weeks preceding the eclipse, Volvo launched a landing page that featured a countdown and a calendar reminder to alert viewers to tune in live when the eclipse began. Emails and co-branded content on a customized CNN.com landing page amassed buzz within Volvo’s community of enthusiasts.

When the day arrived, 4K 360° camera rigs were affixed to a fleet of four XC60 cars scattered across four U.S. locations along the path of totality. The camera rigs allowed all footage to be stitched together, creating vicarious experiential access for the audience that wasn’t able to experience complete totality in person. 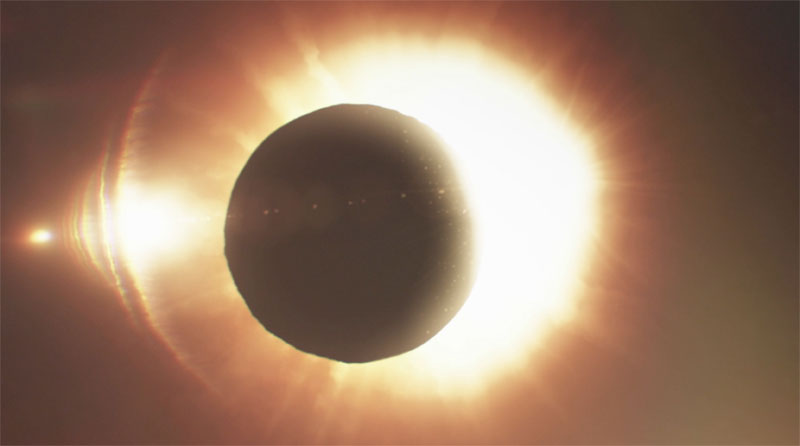 Volvo’s eclectic team of four hosts reported on the eclipse’s progress from varying perspectives, including that of an astronaut, a global explorer, a bestselling science fiction author, and an expert on ancient cultures. Across the four separate livestreams, viewers around the world could watch the eclipse as it traversed the continent. Meanwhile, Volvo amplified social conversations with its captive audience during this real time event.

The launch of Volvo’s XC60 was a transformative moment for the brand, and it aligned it with a once-in-a-generation moment of celestial transformation: the 2017 total solar eclipse, an event which blocked the sun’s light and cast a complete shadow across a narrow strip of the U.S. To document this awe-inspiring event and emphasize why the XC60 is the perfect precision instrument for chasing shadows, Volvo deployed four XC60s in strategic locations across the country for a race against the sun — featuring powerful engines, precision control, and panoramic moonroofs. Volvo selected an eclectic team of four hosts to tail the fading light in the vehicles and supply commentary, armed with 4K 360° camera rigs to share the visuals of a defining generational moment.

Mobile interaction and engagement was an integral part of Racing the Sun. Volvo knew that many of those who couldn’t travel to the path of full totality would rely on streaming outlets to vicariously experience the visuals captured directly at the scene, and it knew that intrigued viewers wouldn’t be prone to watching on their desktop computers. Even casual observers would likely to be drawn outside to see as much of the eclipse as possible from their given vantage point. Access to the eclipse’s path of totality would be an enormous global conversational starter, and a social media presence was unquestionable.  Volvo ensured that it broadcast on CNN Go and Facebook Live, among other platforms.

Volvo also guaranteed that its customized 4K 360° camera rigs were engineered with the specificity and precision needed to broadcast in real time to a global audience of millions. The four hosts it had selected spurred conversations specific to mobile capacity. Selecting a diverse range of perspectives helped Volvo elicit intrigue from a broad range of viewers about topics that inspired sharability.

Racing the Sun was a success, accumulating 5,843,400 views primarily on mobile. Seventy-two percent of total viewers watched on mobile devices, compared to 27 percent on desktop. On Facebook there were 2,800 viewers.

Volvo’s campaign was historically groundbreaking and had far-reaching worldwide interest. On the day of the eclipse Volvo’s live virtual reality video broadcast on CNN had 24 million video starts, making it the most viewed live virtual reality experience in history — a world record verified by Guinness. For CNN, the video marked the second highest day ever for unique visitors and video starts. Volvo earned more than 1.03 million earned media impressions and over 164 pieces of coverage from tech and auto publications such as GQ, Quartz, The Washington Post, Adweek, The Atlantic, and Newsweek.

In a survey conducted post-campaign, 72 percent of respondents said they preferred the live ad experience to a standard digital video ad experience. With unprecedented global interest, the campaign over-delivered by 52 percent across all key channels: Facebook, YouTube, and Twitter. There was particularly strong engagement from the defined target audience, especially from the videos hosted by its team of four influencers. Brand sentiment was overwhelmingly strong and expanded Volvo’s audience. The videos were viewed predominantly by educated married adults between the ages of 35 and 56 in households with a $150,000 median annual income.

FIAT: From Inside the Plot