Binge-watching changed the way consumers watch television, and Foxtel was struggling to retain audiences. Compounding this change in consumer behavior was a new breed of competitors, such as Netflix and agile local challengers, which were carving into Foxtel’s subscriber base.

As the network reduced its investment in traditional broadcast media channels, promotional budgets were constrained. Foxtel needed to radically change the way it promoted content, with mobile at the core of its strategy.

Foxtel wanted to make Wentworth, an Australian TV series set in a female prison, its No. 1 drama every week. The Foxtel TV network was facing a fundamental shift in the way consumers watch TV — weekly audiences were in free fall as on demand growth soared. Well aware that binge-watching was ahead of prime time, Foxtel needed to create an entirely new reason for consumers to watch live TV if it wanted Wentworth to become No. 1.

Episodes of Wentworth are best enjoyed with a group, especially among the group of suburban women between the ages of 35 and 55 who make up the show’s core audience. By mapping social tagging with viewing data, a clear pattern emerged: if just one or two fans waited to watch an episode, the entire group’s excitement was stifled as they waited for the others to catch up. 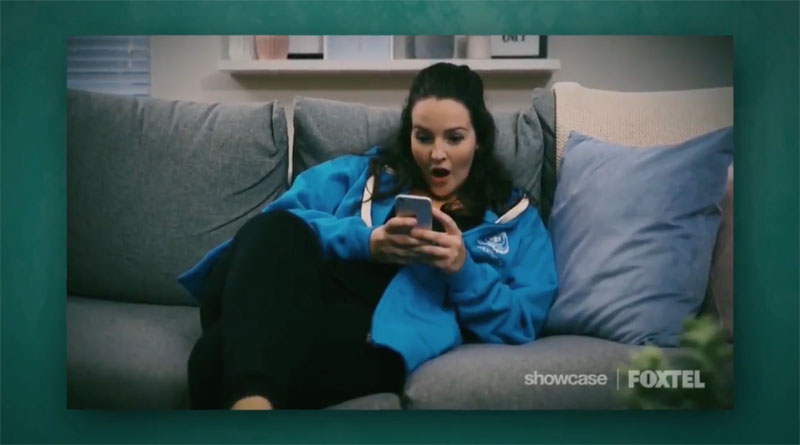 Foxtel couldn’t afford to lose any fans, and it knew that watching Wentworth demanded company. It found the perfect companion inside Wentworth’s prison — an entirely new character that was created within the show’s plot. The new character was an anonymous prison rat who could smuggle out secrets, prison gossip, and exclusive content. She was a conduit, confidant, and co-conspirator, and viewers could only get the gossip if they watched Wentworth live.

Foxtel’s media strategy was driven by two key considerations: where its fans formed their social viewing groups, and what could theoretically be smuggled into prison. The only way the prison rat could join conversations was through leveraging the existing cast, earning fans’ trust, and ensuring every episode was a live experience. Foxtel partnered with key cast members to create a backstory, planting a rumor in key fan forums that a contraband phone was found inside Wentworth.

Once the rumor was plausible, Foxtel designed a Facebook Messenger experience that allowed the prison rat to chat with fans for a few stolen seconds every evening at a time that matched prison routines. After every episode, there was also a dedicated debrief streamed live on Facebook.

Every interaction had high-stakes, as the Rat frantically tried to respond to fan questions between cell searches. The Rat wasn’t just a chatbot, she was a new character with eyes and ears inside viewers’ favorite show — smuggling footage that only an insider could access, and trusting fans with her life.

Before each episode, cryptic messages would appear. During each episode the Rat shared reactions to what was happening on-screen, creating an entirely new way to watch TV. As guards began their nightly cell search she would go dark and Foxtel’s companion program, The Interrogation Room, would start streaming on Facebook. After every episode the show’s stars debated the Rat’s identity and added fuel to the fire.

Foxtel’s campaign relied on mobile activation to directly engage with its social audience. It needed this audience to view the show live and connect with others to discuss the episodes, rather than binge-watch.

The Facebook Messenger app was particularly successful on mobile, as it delivered push notifications with extra little pieces of content that kept the audience engaged and excited for upcoming episodes.

Foxtel’s chatbot on mobile made the experience personal, and often led the audience to believe that they were chatting with a real person.

Wentworth’s new character changed the way fans watch TV, and the show ranked as No. 1 every week that it was on-air. Foxtel’s Messenger innovation set a new standard for the platform, garnering over 2,200 interactions — real fans talking directly to the Rat every week. In comparison, an average episode of the previous season attracted close to 100,000 viewers. Fans were compelled to watch live and did so every week in record numbers. Foxtel retained 79 percent of viewers between each episode, surpassing its previous season figures despite 50 percent less budget. The average fan spent one hour and nine minutes chatting with the Rat, and 95 percent of those fans talked to the Rat throughout the entire season.