As a small telco operator with just a 4 percent market share, Virgin Mobile needed to outsmart the competition in order to increase footfall into its stores. To reach mobile-obsessed young adults, Virgin Mobile created “Game of Phones,” a mobile gaming app that became Australia’s largest location-based mobile app challenge, where contestants fought to win more than AU$200,000 in prizes.

The telco kingdom is ruled by three evils: price, device, and network coverage. In a highly competitive battleground where all opponents use the same tactics and conversations, Virgin Mobile Australia was locked into a war of attrition. As a smaller telco operator with 4 percent share (versus the nearest rival at 20 percent) and significantly lower budgets (one-third of the nearest competitor), the brand couldn’t outshout the competition. It needed to outsmart them. The strongest weapon in the brand’s arsenal was its in-store experience; it’s the one place the brand will always win. The company set itself the challenge of increasing footfall during the summer period by 5 percent.

The brand’s mobile-mad Millennial audience had one big thing in common: life gaming, where a mobile device was the remote-controlled weapon for a world of games, battles, quests, and tournaments. They played an average of eight to 11 hours every week. Their urge to take what they were already doing and make it more fun, interesting, and rewarding by turning it into a game touched every aspect of their lives. Gaming was a way of life. But telco wasn’t a game they wanted to play, as there was nothing fun about price or device.

A regular promotion wouldn’t be enough to drive the highly gamified audience in-store — they were too smart for that. If Virgin Mobile wanted to win, it would have to play by the audience’s gaming rules. The brand had a castle full of Virgin Family rewards at its disposal (bottles of Virgin wine, Virgin Active gym memberships, Velocity Points, and Virgin Atlantic flights), but incentives weren’t going to shift footfall. Virgin Mobile decided to turn its greatest ammunition, the Virgin Family rewards, into something worth fighting for by creating a mobile battleground that got Millennials actively battling their friends, foes, and strangers to win part of the Virgin Mobile Empire.

The media strategy was simple: create a mobile battleground where every paid, owned, and earned touchpoint perpetuated gameplay to keep the warriors engaged in battle. All assets were part of a game and part of the fuel that kept players in a constant state of combat. Assets that naturally provided real-time solutions were the perfect fit, and assets without real-time solutions underwent a radical revolution.

Placing the mobile app at the heart of the campaign and ensuring that all media were part of perpetuating mobile gameplay were significant transformations from Virgin Mobile’s previous communications approach.

Game of Phones elevated the brand by taking a mobile-centric approach. Investments in mobile across both app development and media increased threefold during Game of Phones, pushing the total mobile investment for the campaign to 37 percent versus the previous campaign’s investment of 12 percent.

The brand ambushed the market by delivering the Virgin Mobile Game of Phones, Australia’s largest location-based mobile app challenge, where consumers fought like warriors in both the real world and an alternate reality in a bid to win virtual prizes worth more than AU$200,000. The app turned cities into battlegrounds where warriors claimed loot by tapping on the mobile icon when they came within 50 meters of a prize. Prizes, however, could be stolen by other players located in the same vicinity.

A rally cry to download the app was deployed through social media, online video, and radio, and individuals were encouraged to create a unique warrior profile on their mobile device to join the battle. Virgin Mobile rewards became the mobile battle currency, virtually dropped across Australia for the warriors to capture and protect.

The game was kept in play through the brand’s constant communication with the warriors. Media was used to create a real-time, self-perpetuating feedback loop with players. Social and dynamic online messaging formed the foundation of the campaign, providing live and local tracking of every player and reward. Radio facilitated live updates and buzz around prizes with street teams to engage retail.

Virgin Mobile created the world’s first outdoor dashboard that controlled every outdoor panel, individually or as a group, to push game messages out to players anywhere in real time. If a player went into a café to get coffee, the brand could send a personalized message to the panel in the café as well as an update on the battle happening around that location. This dashboard helped the brand add fuel to the mobile battle and kept players going throughout the day.

Conversation was further fueled through mobile by automatically declaring every prize stolen to those on the battlefield through Facebook and Twitter. Store footfall was generated by turning Virgin Mobile stores into safe houses, giving warriors the chance to keep their loot safe for an hour at a time while also learning more about the Virgin Mobile kingdom. 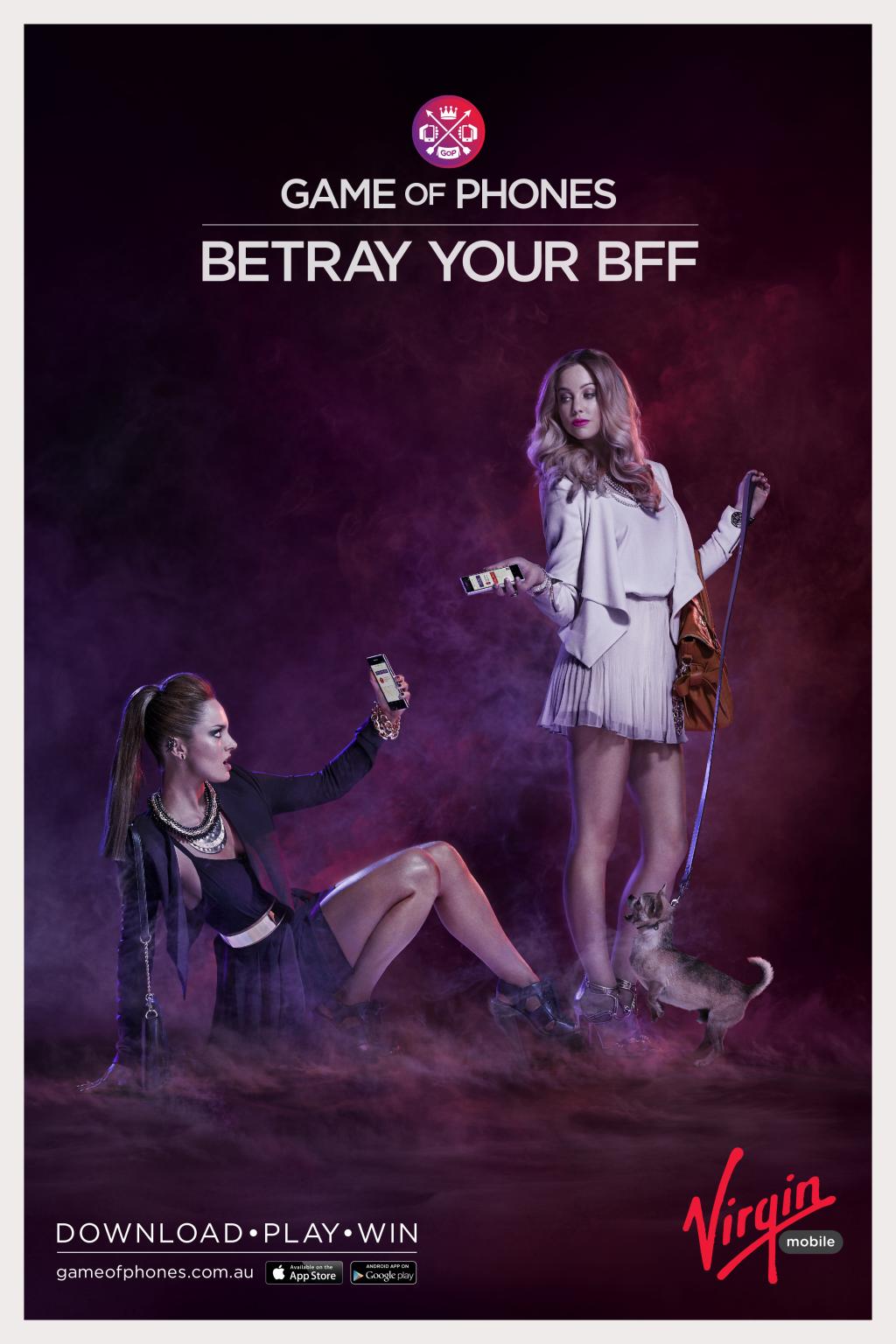 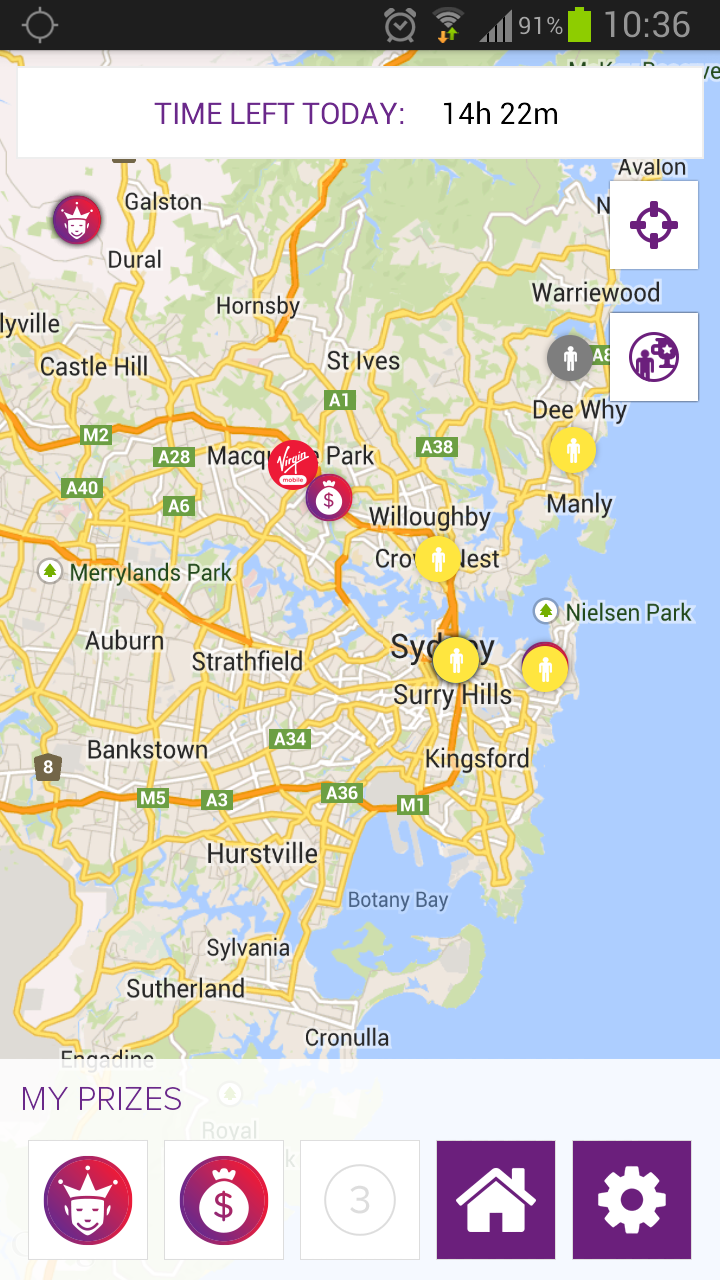 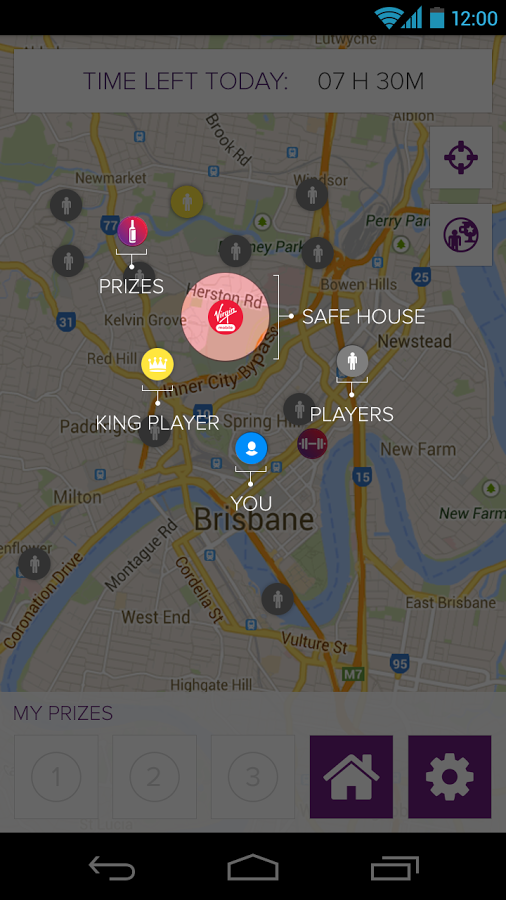 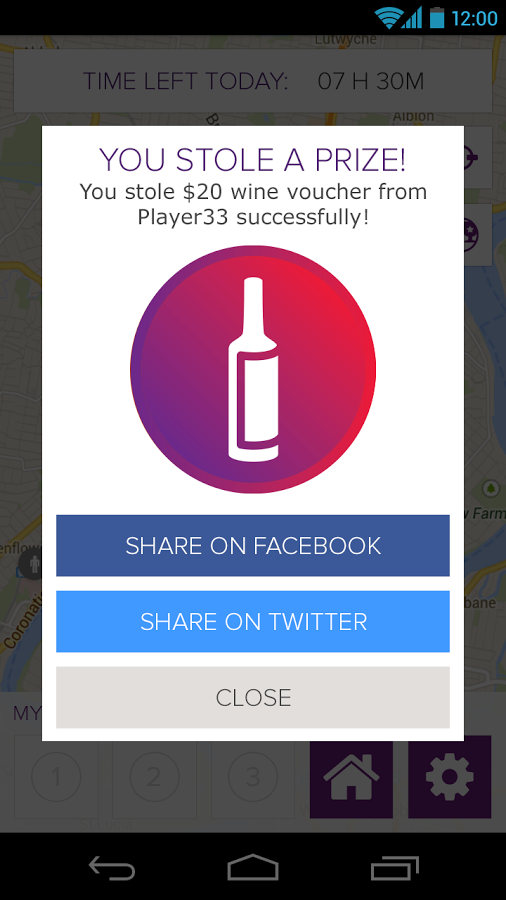 Virgin Mobile was victorious in its battle to make it a telco worth fighting for.

Over the three weeks of game play, 14,568 warriors took refuge in the Virgin Mobile safe houses, representing a 10.8 percent increase period on period, smashing the target. With Game of Phones as the lead promotion and no other advertising running during this period, the brand delivered an increase in its key brand metrics of “offers the best contracts” and “best devices,” up 6 and 8 percent respectively, in the month following the campaign.

The mobile app secured more than 40,000 downloads, climbing to the top 15 apps on Android within the first week. The battlefield accrued 39,245 active warriors playing 64,942 sessions. The 531 prizes were stolen 82,395 times, an average of 155 steals per prize. The game warriors amassed 12,992 social shares on Facebook and Twitter and 76,000 unique visitors to the game’s Facebook page. Total game play equated to more than five years with players traveling over 239,500 kilometers, delivering AU$2.5 million in earned media.