WWF Norway: The Black Out Banner

Earth Hour is an event that brings attention to climate change by encouraging everyone across the planet to symbolically turn off the lights for one hour. In Norway, the World Wildlife Fund (WWF) took the concept one step further by generating awareness for Earth Hour through the first national mobile rich-media banner ad campaign. 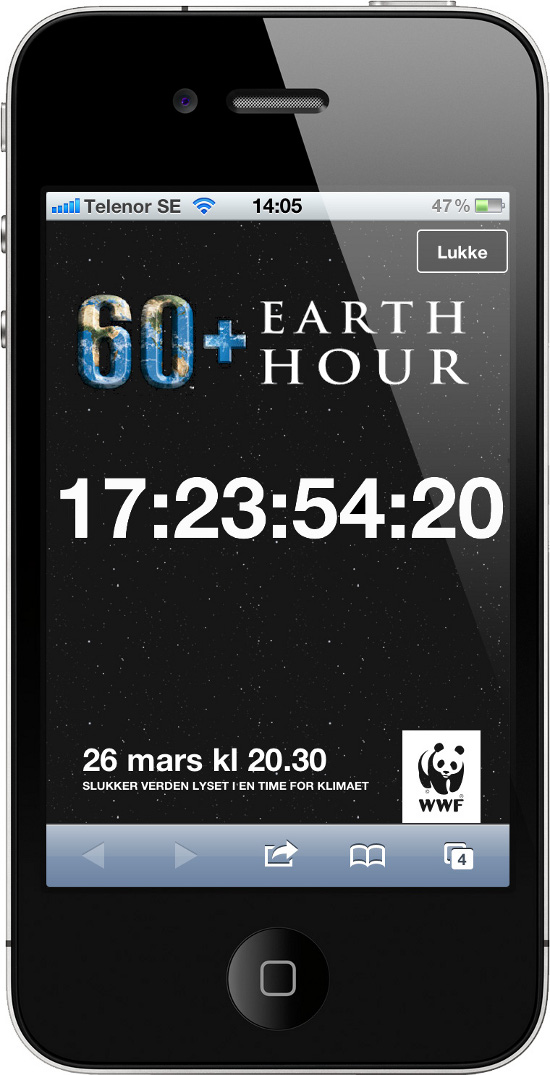 The campaign was designed to prove a point: fighting climate change shouldn’t be hard.

With national climate change awareness event Earth Hour a week away, WWF Norway launched a rich media mobile campaign aimed at raising the cause’s profile among a tech-addicted generation. The campaign used a rich media banner ad to display the message “Norway, turn the lights off!” With the tap of a mobile rich media banner, the screen blackened. A swipe across the screen slowly let the light back in and revealed a countdown clock for Earth Hour.

The experience happened completely in the browser, directly in the ad on the placement site. No extra steps were needed to reach a landing page or app store download that would otherwise disrupt the user’s experience. The banner ran across the two major Norwegian media sites.