Coca-Cola: Move to the Beat

As a key sponsor of the London 2012 Olympic Games, Coca-Cola wanted to become more relevant with a core teen audience in order to drive an increase in both awareness and purchase globally. To reach teens, Coca-Cola tapped into a key consumer passion — music — and showed their social side by creating an anthem out of the sounds of sport.

The major challenge facing the mobile-led campaign was that across the global landscape, devices vary greatly, as do the way in which consumers use their mobiles to communicate. A one-size-fits-all-solution wouldn’t work: it needed to be flexible and innovative without alienating users with a too-sophisticated use of technology.

Coca-Cola embraced mobile technology to engage with teens through the My Beat Maker app, which literally put creativity in the hands of consumers by giving teens the chance to create their own beat-worthy tracks by offering a library of sounds from athletic events (the thump of a basketball against the court, grunts from a tennis player, the sound of spikes on the track) to create their own unique mashup.

Simply put, once inside the app, teens selected background rhythms by moving their phones. Holding the record button added their sound to a 16-beat loop. Teens could layer and mix up to six sport sounds, synths, and vocals. For more creative possibilities, turning the phone on its X and Y axis added delays or phaser effects. The musical algorithm ensured the loop always sounded tight and on beat. Once complete, the masterpiece was loaded online to the Global Beat — the biggest musical collaboration in history!

For those teens without higher-end devices, the Create My Beat experience on mobile web gave users the ability to answer a set of questions which, based on their answers, presented them with a personal ringtone that was then shared on the Global Beat desktop experience.

World-famous British music producer Mark Ronson got in on the fun too. He travelled the world remixing tracks as part of a documentary film broadcast that went viral in a run-up to the Games.

Since mobile marketing on a large scale is still fairly unique, this was one of the first fully integrated mobile marketing campaigns run on a global level. To ensure compliance, a best practices guideline was written, covering a range of facts, updates, content links, quizzes, and content giveaways that each market used as the foundation for its own campaign, adopting and localizing as needed. 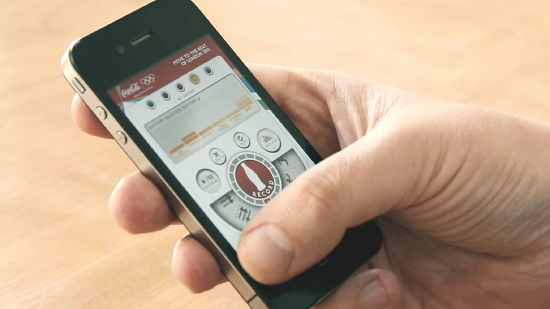 The campaign’s all-inclusive approach to engaging a broader audience was vital when it came to market buy-in. During the 2008 Olympics, only one market activated a Coca-Cola app. In 2012, more than 45 markets did, nine of which ran the full SMS program.