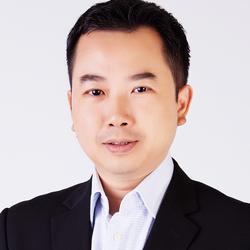 James has been a Board member of WebTreTho (WTT) since 2010, and joined executive team since mid 2012. Prior to WTT, he was Vice President of Investment at IDG Ventures Vietnam, and had 6 years investing in Vietnam and SE Asia there; and had five different board seats as well as a few board observer seats. He was also a member of Kauffman fellow (the prestigious global network of VCs). Additionally, James has extensive experience in Silicon Valley in product management and technical roles. From that base, he co-founded Launch, the largest community (16k+ members on Facebook group) of tech entrepreneurs in Vietnam.

In 1997, James got his Bachelor of Science in EECS from UC Berkeley. In 2006, James graduated his MBA from the Berkeley Haas School of Business with a certificate in Entrepreneurship and one in Management of Technology.