Paramount Pictures, along with their advertising agency, MEC Global, were looking for a unique and conversational way to promote the summer 2009 movie release of “Transformers: Revenge of the Fallen” to entertainment fans. They wanted to make the movie release a massive event.

The Goal:
Increase brand metrics (unaided awareness and purchase intent) for the release of the movie “Transformers: Revenge of the Fallen.”

The Solution:
To drive last-minute knowledge of the movie’s opening date and a sense of urgency, ChaCha developed a creative and interactive SMS campaign that counted down to the opening of the movie. Every day, from June 19 until June 24, a new set of creative was served, counting down the days until the movie release. ChaCha served nearly 1 million conversational text ads targeted to the entertainment category during the 6-day campaign.

“The ultimate goal of our campaign was to make the release of Transformers a massive event. Using ChaCha allowed us to communicate directly to entertainment fans in a timely manner. We felt a daily countdown to the Wednesday premiere of the movie using text messaging was a great way to drive unaided awareness of the big event.”

The Results:
In order to measure brand awareness of “Transformers: Revenge of the Fallen”, ChaCha enlisted the assistance of InsightExpress, a digital marketing research agency that measures advertising effectiveness, to complete a study of ChaCha users before and after the ad campaign. Unaided brand awareness for “Transformers: Revenge of the Fallen” in the week leading up to the movie’s release increased by an unprecedented 27 percentage points. Purchase intent increased by 10 percentage points.

The survey also noted that ChaCha’s audience was extraordinarily engaged and eager to take the survey, allowing for large sample sizes. InsightExpress hadn’t seen that level of engagement in a long time, demonstrating how powerful it can be when the right message is sent, at the right time, to the right audience. 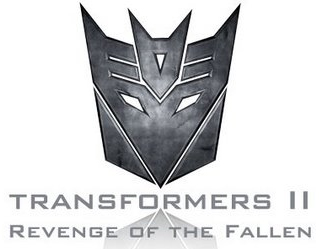