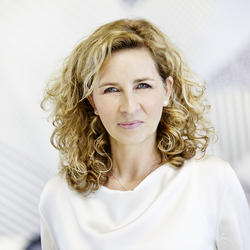 Charged with setting up German operations as the Country Manager DACH at Snap, a position she took in 2017, Marianne’s 25-year career is marked by enthusiasm for change and a passion for media. She has seen the business from all sides, starting her career on the agency side, where she worked as a media expert for blue-chip companies such as Unilever, Allianz, and Adidas. At the age of 29, Marianne became Managing Director of the Hamburg media agency Initiative Media. In 2006, she then became CEO of Initiative Germany and a member of the EMEA Board for Initiative Media. After 22 years on the agency side, Marianne joined the Handelsblatt Publishing Group, where she served as Managing Director for commercial subsidiary iq media and led the sales and product marketing for Handelsblatt and WirschaftsWoche. Her interest and expertise in media took her to Facebook where she served as Country Director DACH until April 2017. She is recognized as a leading woman in the industry and is listed among the “The 100 Top Women of the Economy” (2010, Handelsblatt) and “Top 100 Managers” (2010, 2013, 2016).