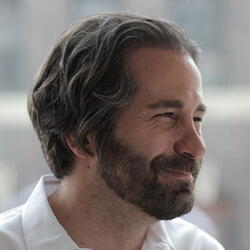 Chapell began his career at a boutique direct marketing agency in Stamford, Connecticut in the early 1990’s. After several years at the agency, Chapell took a sabbatical in Mumbai, India. Upon returning to the U.S. in 1996, Chapell moved to New York City and to Jupiter Research, an Internet research firm focusing on the consumer Internet economy. During his 4-1/2 years at Jupiter, Chapell also attended Fordham University School of Law where he focused on human rights and European Union Law.

Alan is the President of Chapell & Associates; a consulting firm that helps marketers build customer trust through responsible privacy practices. Chapell founded Chapell & Associates in October of 2003. Since then, his firm has helped over 100 media and technology companies craft their privacy and data strategy. He was appointed as privacy ombudsman by the U.S. Trustees Office in many of the largest bankruptcy cases in our nations history; including General Motors and Chrysler. In addition to his work as Vice Chairman of the board of the Network Advertising Initiative, Chapell is Co-Chairman of the Mobile Marketing Association’s (MMA) Privacy Committee, International Association of Privacy Professionals (IAPP) and a prolific writer and sought after speaker on interactive marketing topics. Follow him @Chapell68.