Ogury Launches Video Chooser, An Interactive Ad Format Which Enables Users to Choose The Brand They Engage With on Mobile | MMA
Skip to main content

Ogury Launches Video Chooser, An Interactive Ad Format Which Enables Users to Choose The Brand They Engage With on Mobile

London, April 28th, 2020  — Ogury, the creator of the first advertising engine driven by user choice, announced today the release of Video Chooser, a new way of delivering full-screen mobile video advertisements that enable consumers to choose the ad that most appeals to them.

Ogury provides control to the user, while driving value for advertisers who only pay for an impression if a user sees their video. Brands also have the option to buy all three advertisements, which drives category exclusivity and complete Share-of-Voice (SoV). Video Chooser offers the best in branding performance by bolstering brand memorability. Advertisers in the Beta program had on average a 300% increase in ad recall.

The most important performance metrics for video ads are Video Completion Rate (VCR) and Viewability, but all too often, advertisers have to sacrifice one for the other. Uniquely delivering high Viewability and VCR, Ogury measures video performance via Viewable Video Completion Rate (V2CR), which is calculated by multiplying VCR with Viewability. Ogury delivers 67% V2CR, the highest in the industry, excluding rewarded videos in gaming. User-chosen ads delivered via Video Chooser add another 5% points to V2CR, taking it to new heights, 72%.

“The AdTech industry has entered into a new Era of Digital Integrity, fully centered on consumer choice when it comes to how data is collected and used,” said Phil Sloan, SVP, Business Lead at Canvas Worldwide. “We have been working with Ogury for more than three years, attracted by their ability to lead the industry forward. Video Chooser is a game changing ad format, allowing users to control their advertising experience. This deepens their trust in our brand while also increasing engagement and memorability.”

Evan Rutchik, General Manager of North America, Ogury, said, “At Ogury, we believe the future adtech winners place consumer choice at the center.” He continued, “Consumer behaviors are rooted in human psychology. When they choose to see ads from a brand, they are more likely to engage with that brand in the future to support their original choice. This is a cognitive rationalisation known as ‘choice-supportive bias’. Video Chooser improves brand engagement by allowing the consumer to choose their own advertising experience.”

Ogury is the creator of the first advertising engine driven by user choice. Ogury Advertising Engine powers a new trusted mobile advertising ecosystem, founded on user consent and preferences towards data sharing and ad experience. Ogury’s technology is built for branding campaigns, and delivers sustainable ad results for 1500+ brand customers and 3500+ publisher partners, while building user trust. Ogury is a global organisation with 400+ employees across 10 countries, dedicated to building the future of choice driven digital advertising. 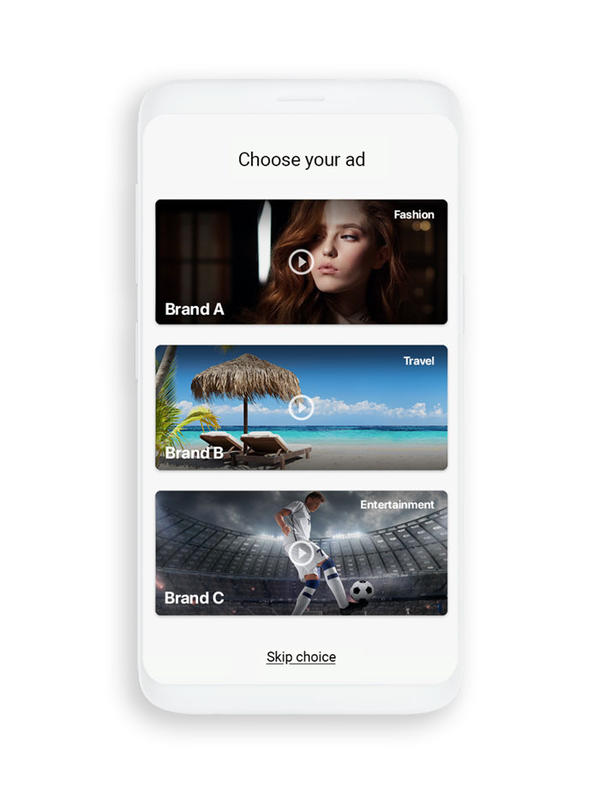