Near continues global growth path with expansion into Europe

Near, the leading mobile data intelligence platform, today announced its expansion into Europe with Ken Parnham – formerly Managing Director of data privacy management company, TrustE – appointed as General Manager of Europe, to be based in its new London office.

Parnham, a data and technology expert with almost 20 years digital experience, joins Near from TrustE where, as Managing Director, he advised brands on data and privacy issues. Prior to TrustE, Parnham held leadership roles at OpenX – where he successfully launched the company’s real-time bidding market place in EMEA - Wanadoo (Orange-France Telecom), and 24/7 Media.

In the two years since its foundation, Near has rapidly built out from its Singapore headquarters into Australia, South East Asia and Japan. Global marquee brand clients include P&G, Audi, Unilever, BMW, Adidas, Ford, Samsung, and IKEA. Shobhit Shukla, Chief Revenue Office at Near commented: “By combining mobile user data with our proprietary technology, Near provides marketers with the opportunity to connect the digital user to the real world.

Having established our proposition in APAC, expansion into Europe is a logical next step in our strategy, which is being driven directly by advertiser demand in the region.” Parnham said of joining Near: “I’m delighted to be charged with bringing Nears’s unique offering to European advertisers.

AdNear empowers advertisers to take control of how they define their custom audiences, and leverages the scale of mobile to uncover real-time consumer insights and then apply them to offline attribution. “ Parnham’s appointment is the latest in a series of recent additions to Near’s leadership team, with Cameron Curtis joining as General Manger for Australia and New Zealand, and Nandita Pal as General Manager for South East Asia and Hong Kong.

Near is an Ambient Intelligence Platform providing real-time information on places, people and products. The Near platform processes massive data from smart environments to understand consumer behaviour at a global scale. Currently processing data from over 1.5 billion devices, the Near platform powers Allspark, its flagship SaaS product for data-driven decisions, which enables customers to visualize, engage and analyze audiences. 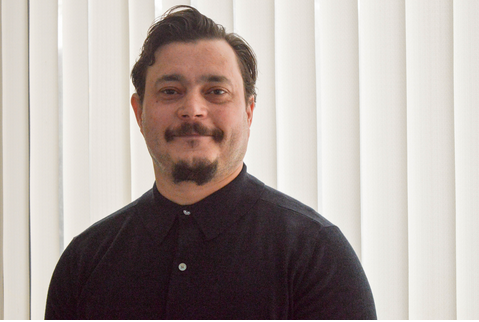