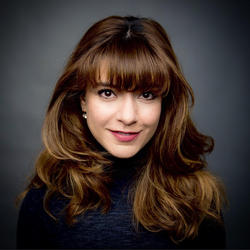 Juhi is deeply fascinated by behavioural science and storytelling - the way people discover, consume and share the things that matter most to them.

Juhi is a firm believer in the magic of social insights, a culturally responsive narrative and big ideas that make meaning. Especially on small screens.

She speaks regularly about the power of mobile-first creativity at events like ‘Mobile Moves People’.

Under her leadership JWT Indonesia won a multitude of international awards including the first Cannes Lion for the country ever. Juhi has led her agencies to win Agency of The Year and Best of Show multiple times. She was honoured as ‘The Creative Director of the Year’ twice and was featured on Campaign Asia-Pacific’s top 40 faces to watch.

Awarded as a writer, art director, creative director and director, Juhi’s work has been recognized with Best inShow’s, Creative of the Year, numerous Golds, Silvers and Bronzes at Cannes, Spikes, Adfest, Creative Circle Awards, Citra Pariwara, the first ever Green Spikes Award, Cannes ‘Advertising Community Together’ Awards, Adoi Awards, a Grand Prix at Spikes Asia and a Grand Prix at Singapore’s most prestigious CSR awards, and most recently for Best Use of Social Media and Digital Storytelling an AdfestGold, 4As Creative Circle, Tambuli Awards for Innovation, One Show, London International Awards and one of only two Asian winners at the 2015 Facebook Awards which honours excellence in Facebook and Instagram campaigns from over 160 countries.

Juhi has been Jury President at The Citra Pariwara Awards and has been invited to judge multiple times across a range of categories at The Clios, Spikes Asia, Creative Circle Awards, The Effies Asia Pac and D&AD Kyoorious Awards.

She is a regular speaker at events and is an active industry mentor. She has lectured at a variety of institutions such as AWARD School Asia, Ngee Ann Poly, Marketing and Industry Seminars and has also been a guest speaker at INSEAD.