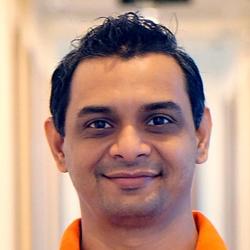 Madan, or Maddy as he is known to friends & colleagues, has over 16 years of experience in the Media Industry. Since 2000, he has dedicated himself to the digital media business and took his early lessons from the start up teams of Mediaturf & Starcom. In 2002, he joined GroupM and later grew up the ranks to lead the Digital culture for Mindshare India in 2007. Since then till the end of 2011, the Mindshare digital team has dominated digital award categories at the Goafest Abbys, EMVIES, Campaign DMA including the Campaign Digital Agency of the Year.

He is an avid speaker, trainer, anchor, panelist & jury at various industry bodies & award shows. He has been a member of IAMAI and on the advisory board of AdTech New Delhi & ViziSense, faculty at Afaqs Campus & an advisor to tech-media start-ups.
An Engineer with a Masters in Marketing, he is interested in learning the interplay between media & emerging technologies in building brands & driving business levers in the Paid, Owned & Earned ecosystem. You can follow him at @maddyisms.