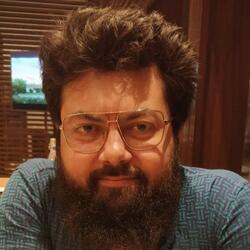 Bodh started his career in sales with Bose Corporation, India in 2006.

After spending 2 years in Bose, he started in advertising as an Account Executive in Autumn Worldwide in 2008 where he worked on a wide range of communication and branding projects in sectors as diverse as telecommunications, real estate, FMCG, Education and IT. In 2010, he joined the Account Management department of Lowe Lintas as a Sr. Brand Services Manager to work on the Future Group account where he was leading two of Future Group’s biggest fashion retail brands – Central and Brand Factory.

In 2012, he joined TBWA, India as an Associated Account Director. Since his arrival, he has notably lead main accounts like Nissan Terrano, Nissan Evalia, IDFC Mutual Fund, Peninsula Land, Kuoni SOTC, Loop Mobile, Lavie handbags and Singapore Airlines, allowing him to develop a strong experience across brand categories followed by a short stint in BBH, Mumbai where he worked as Sr. Business Partner on the launch project for an upcoming housing portal giant – Housing.com

Bodh joined Autumn back again in July 1, 2014 for his second stint as Vice President to pursue his vision for Autumn to be India’s biggest and most sought after new-age marketing communications firm.

His other passions include sports, music and movies. He also hopes to play the guitar someday soon.