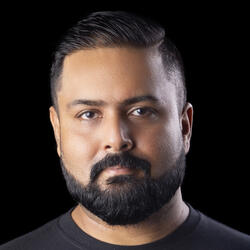 Mohenesh is the highest globally & locally awarded digital planner in Sri Lanka. He's currently the Vice President at Isobar Sri Lanka. Formerly he served as the "A/Director – Digital Strategy" at GroupM Sri Lanka, And to that he was the “Head of Digital” for Team Unilever & Mindshare (2015 to 2017). He has won the “Campaign Asia - Digital Media Agency of the Year” on 3 separate occasions, which recognizes inspired leadership, management excellence & business performance.

His efforts have won him the two highest awards in Marketing to date on a global scale. Locally he has won the only Effie Gold to date that was driven digitally and the only person to be a part of 3 Effie GOLD winning teams among the 70+ metals he has bagged during his carrier. He’s also an Instructor at the world-renowned “Miami Ad School”(M.AD) and his overall lecturing efforts have helped over 4,000 students and business owners embrace digital marketing. He’s the most globally published thought leader in the field of digital marketing in Sri Lanka, where many of his think pieces have been featured on some of the most reputed publications in the world. With over 300 articles, lectures, conference appearances, and a few quotes that got shared, he's now one of the most followed within the industry.