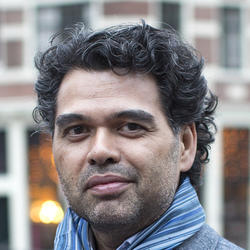 Dick joined Dentsu Network Asia in 2012 as the first non-Japanese head of the Region helping in the transformation journey towards building the first ever Global Communications Group born out of Asia.

His previous experience in building and transforming operations in various countries and in various capacities throughout the region over the last 20 years gave him an ideal platform to build from.

Following the acquisition of Aegis Media by Dentsu Inc., Dick was asked to lead the Southeast Asia operations for the newly formed Dentsu Aegis Network, a purposely different network, built for the Digital age.  In this capacity he heads up both the Dentsu and Aegis assets, comprising out of 35 operations, and more than 1700 people across our brands like Carat, Isobar, Posterscope, Vizeum, Dentsu and iProspect, in SEA.

Dick comes from a rich global heritage and culture. Dutch/Indonesian, Portuguese/Jewish parentage, and grew up in Holland.  He graduated with a Bachelor’s in economics; after which he studied sociology at the University of Amsterdam.

When he was 29, he went to Korea (which had just opened up), Indonesia followed (enjoying the turmoil of a collapsing regime), Hong Kong (witnessing the handover), Singapore (learning guided democracy), and then China (witnessing warp speed first hand).

Dick has been in the advertising industry for more than 25 years. He learned the ropes at Ogilvy & Mather, moved to D’Arcy, working for 12 years in multiple roles ranging from international account to office management. He then joined Leo Burnett for a year, focusing on integration of people and client assets after the acquisition of BCom3.

On the back of this, he became the first foreigner to be awarded “Most Outstanding Advertising Person” by China Advertising and CCTV (China Central Television).