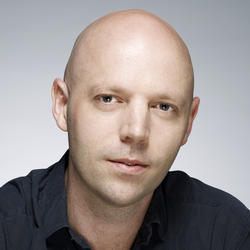 Hailing from Auckland, New Zealand, Andrew first plied his trade in Middle Earth, working at boutique shop Generator for five years. Then in 2005, restlessness took hold of him – so he packed his bags and set sail for Singapore.

Andrew first landed at the venerable Batey Ads, where he worked on regional and global accounts. He was made ECD of Batey at age 32, and managed the global relaunch of Qatar Airways out of the Singapore office.

He joined DDB in 2010, where he was the creative lead for the Health Promotion Board (HPB), as well as iconic Singapore brand Tiger Beer. During his tenure, HPB was voted Marketer of the Year, and picked up multiple golds at both the Effies and the regional Appies. One of HPB’s branded content projects, an hour-long telemovie called Recipe, was even presented at the San Sebastian Film Festival.

In mid-2014, Andrew took over the reins at Havas Singapore, and was appointed CCO in early 2017.

His work has been widely recognised at regional and international shows, including Cannes, Spikes, Clio, One Show, and D&AD. Aside from advertising, he also served as co-screenwriter on the 2015 independent Singapore feature, In the Room.