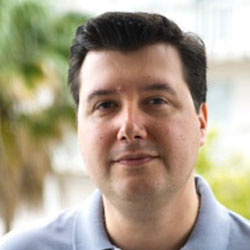 Fabiano Destri Lobo, is a born entrepreneur with over 15 years experience in multi-cultural planing and business development of high technology in the telecom, communication and marketing segments in Latam. In 2007, he started in the mobile marketing arena with proximity marketing and intercative projects in Brazil. In 2009, partnered up with the Ginga Agency to launch Ginga Mobile, a specialized business unity focused in developing products and services for brands and agencies in the mobile segment. In 2010, launched Gotcha Mobile, a company focused in consulting and planning for mobility projects in Latam serving agencies and brands. Among the clients served throughout the past years are: Audi, Brookfield Incorporations, HP, Lóreal, Ambev, Unilever, Santander, nova Schin, Embraer, Coca-Cola, Samsung, Nokia, Paris Films, Petrobras, Johnson, MTV, Samsung and many others. Fabiano became one of the leaders in the mobile marketplace in Latam due to his strong involvement with the Mobile Marketing Association and the delivery of great mobile marketing campaigns that generated memorable experiences. In 2010, Ginga Mobile, was awarded the 2010 MMA Global and Latam prize for Innovation in a mobile marketing campaign, with the launch of a proprietary platform (Ginga.Phone), for Carefree Interactive Movie Theater and in 2011, Ginga Mobile was awarded the MMA Latam prize for innovation, with another proprietary publishing platform for tablets with NOO Mag.